Prometheus has proven to be a popular subject for artists for many generations, for in the tales of Greek mythology, Prometheus was a prominent figure.

Prometheus was a Titan god, or more specifically a second generation Titan, being the son of Iapetus. The Titians ruled the cosmos under the leadership of Cronus, but then the uprising of Zeus, saw a war erupt between the Titans and Zeus and his allies, the Titanomachy. Prometheus though, had the gift of foresight, and the Titan could see the outcome of the war, and so he did not participate in the fighting against Zeus.

For this neutrality, Zeus, after the war, entrusted with creating life, with man, in some versions of the tale being his creation. Prometheus would become known as the benefactor of man, for Prometheus stole the secret of fire for mankind. It was though this theft, along with other misdemeanours that saw Prometheus punished by Zeus, for Prometheus would be chained to the Caucasus, where further punishment followed, with an eagle devouring Prometheus' regenerating liver everyday.

The life story of Prometheus has been taken up by many prominent painters with famous works by Rubens and Jordaens. 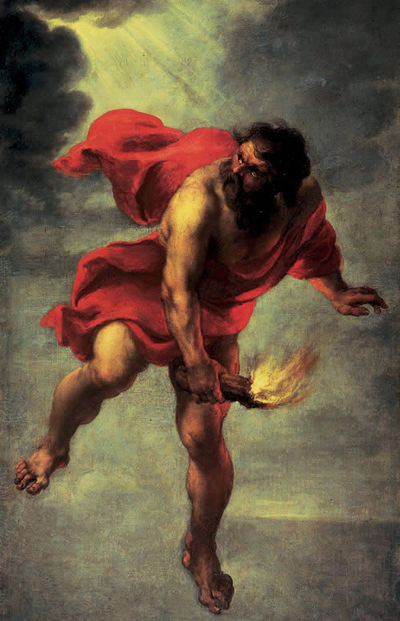 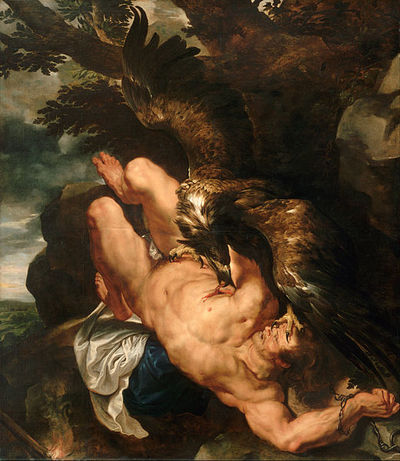 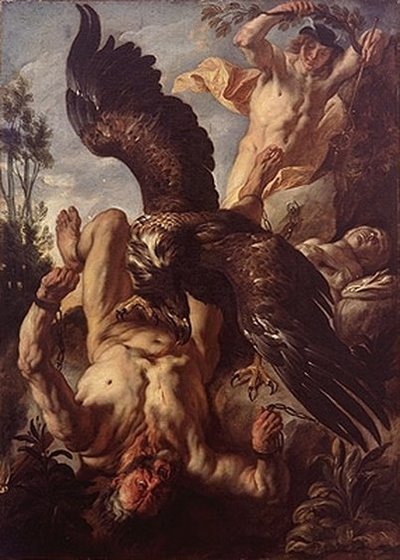 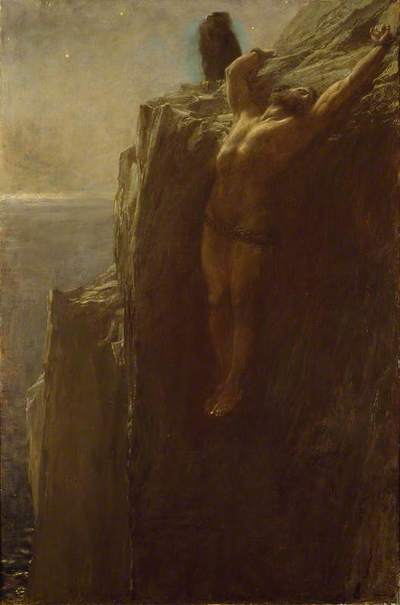